Reduced overheads with an office redesign isn’t a pipe dream

Before Covid-19, the concept of reducing overheads and confirming the payback for a new office design and fit out was unlikely to be top of a client’s agenda. At that point, with the majority of the workforce coming into the office to work on a regular basis, the focus tended to be on creating contemporary spaces which would accommodate large teams, stimulate creativity and boost productivity. Post-Covid, however, the emphasis appears to have shifted towards designing spaces to enable an agile working model and – in many cases – to understanding how the working space will be used and whether it makes good business sense in the process. 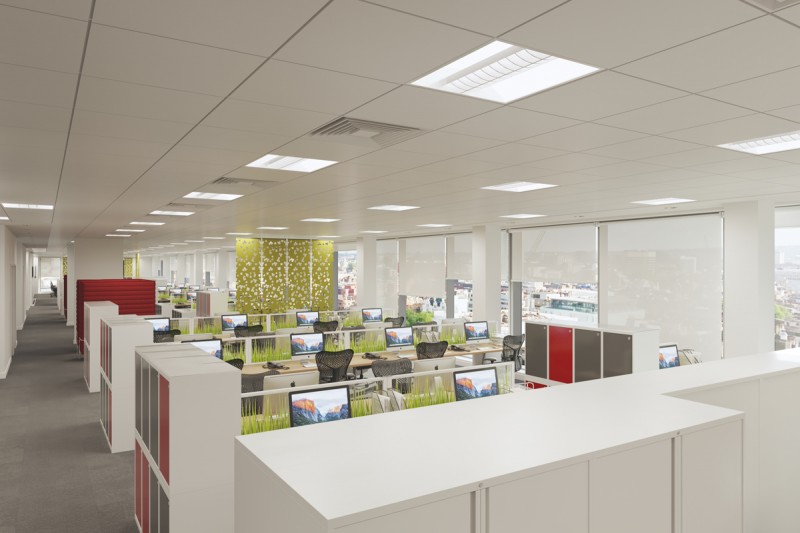 For Carol Chinn, Design Partner at The Workspace Consultants, a project conducted back in 2018 proved to be a forerunner on the concept of payback. ‘Nearly three years ago, and in light of a significant rent and rate increase, Veolia were reviewing their occupancy in Pentonville Road near King’s Cross,’ comments Carol. ‘They were reluctant to give up what was a premium office location, but the imminent increase was in danger of making it unaffordable, and they were starting to look for alternative, cheaper accommodation. At that point, however, they started thinking outside the box and assessing the number of empty desks around the office. Having taken stock, they commissioned us to carry out a Space Utilisation Survey and the results were staggering, as the two-week survey indicated that they had an occupancy rate of just 42%. This large underlap was caused because many staff members were already agile, even pre-Covid. The national occupancy rate in offices at that time was around 62%, which meant that more than 40% of the desks across the UK were likely to be vacant. 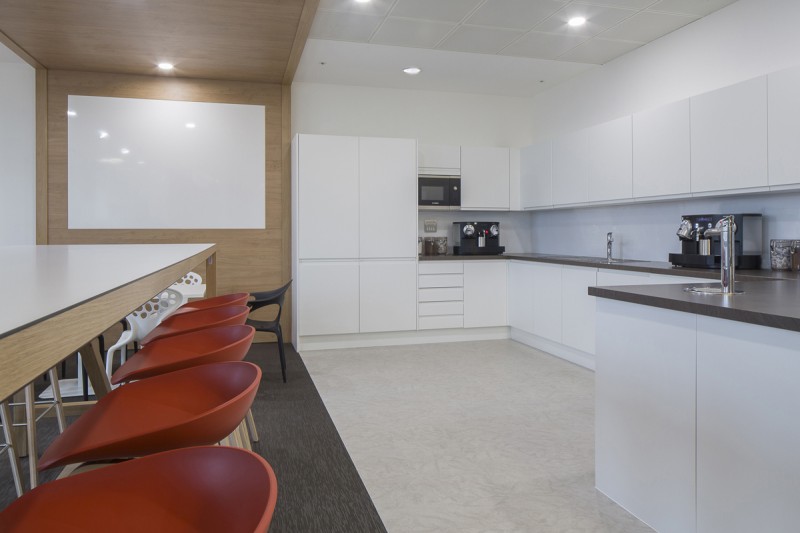 ‘Pre-pandemic, Space Utilisation Surveys were carried out by someone with a clipboard walking around your office, meeting rooms, breakout areas etc, and every hour between 9am and 5.30pm identifying whether this space/desk was occupied, and by how many people. In the light of Covid, and due to many of us working from home, this is now neither relevant nor possible, so we have switched to e-surveys to assess people’s expected/planned behaviour. 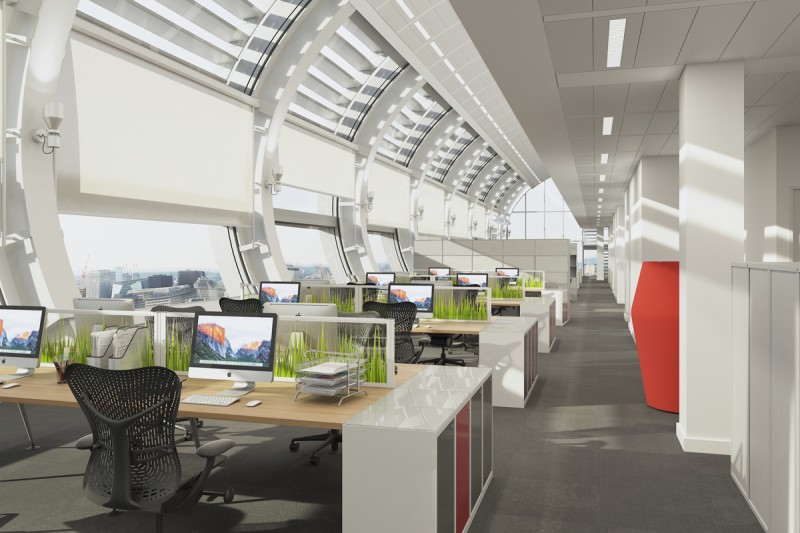 ‘In general, a payback period can be difficult to ascertain, but for Veolia it was relatively straightforward. Before the rate and rent increase was implemented they were occupying three-and-a-half floors, but by rationalising the space – introducing flexible desk allocation, increasing quiet areas and collaboration spaces, improving breakout solutions and specifying acoustic products – we were able to help them reduce their desk count by 25%. This resulted in them relinquishing the half floor and covering off their £770k investment within two years. It was a gratifying project as we were able to use their existing desks whilst adding new only to support agility, plus we helped save them the cost and inconvenience of moving. Not only that, with careful planning we were able to carry out the works over 20 weeks with them remaining in occupation. 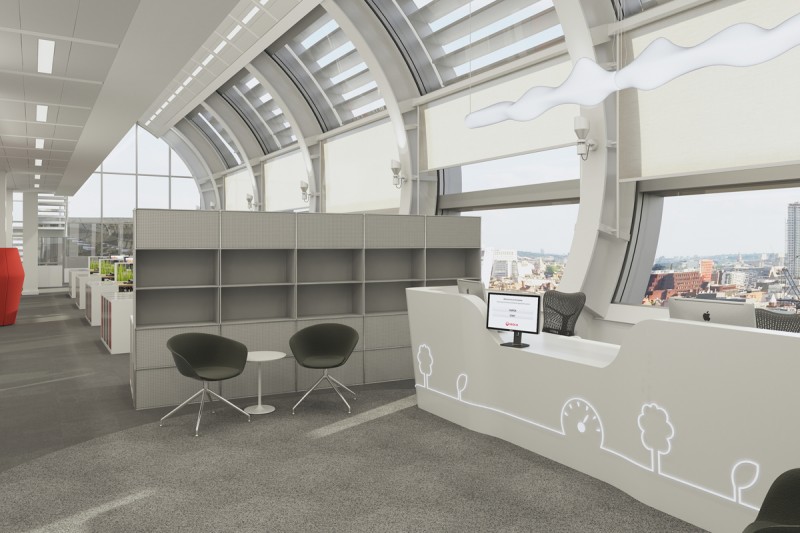 ‘From our perspective, the current situation with regard to office design is entirely fluid, and no-one really knows what the future holds. Our inclination is that it is likely many of us will become ‘Hybrid Workers’ using the office 1-3 days/week, and this means a likely occupancy rate in the office for a maximum of 60% of the work force. Some businesses may however feel it’s necessary to retain a one desk per person model and see how things pan out. We can take from 2018 that when people are agile they come into the office for different things. They might work from home to concentrate, they might come into the office to collaborate, and they might use other branch offices or serviced offices or co-working spaces. If you are to be a productive agile worker you should be able, in theory, to work from anywhere – choosing a location to best support the activity. 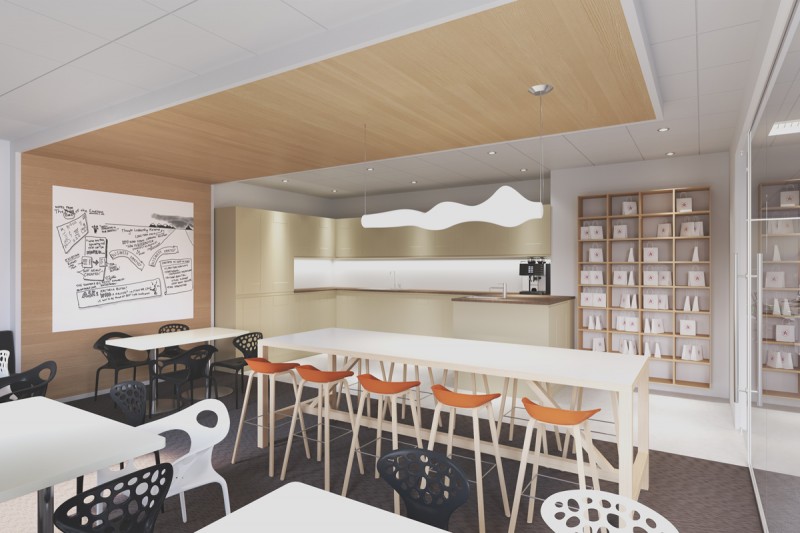 ‘Based on the findings of our e-surveys and speaking to clients’ SMTs, as many as 90% of employees are indicating a desire for activity-based working, and many have stressed the need to meet colleagues for informal interaction as well as planned F2F collaboration. We do also need to think carefully about those who have not worked successfully from home; if we live locally to the office this will be easily resolved but co-working spaces might work really well for those of us who have a long commute without access to a good home office. The future is exciting but difficult to predict.

‘In short, it’s impossible to be completely sure where we’re heading yet, but we do know that we can generate sufficient business intelligence to make informed choices. And we’re confident that as the world of work continues to evolve post-Covid and agile working becomes more and more accepted, we can structure projects to deliver solutions that utilise office space in a different way and, wherever possible, deliver that all important payback in a relatively short space of time.’

The Workspace Consultants specialise in office design and project management in Cambridge and London, so please contact us to discuss how we can help you work towards achieving payback on your next office design and fit out project.